After doing some googling on patching TOMS, I discovered that there aren't many tutorials for doing just that. I think I only found two or three that were actually useful. I guess most people just throw them out and buy a new pair but I really don't have $40 to throw down every time my TOMS get holes in the toe (a very common occurrence). 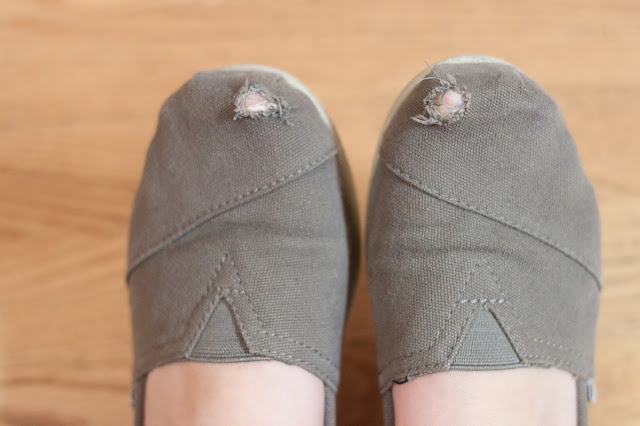 So, yesterday afternoon I recovered my well worn TOMS (they're so comfy, I'm going to get the most out of them as I can). With the tutorials I found, I kind of combined some ideas and did it in my own way. I used twill iron-on patches, fabric glue, some leftover scraps of cotton fabric, some fray preventing stuff (it's called Fray Check), and a pair of scissors for trimming. 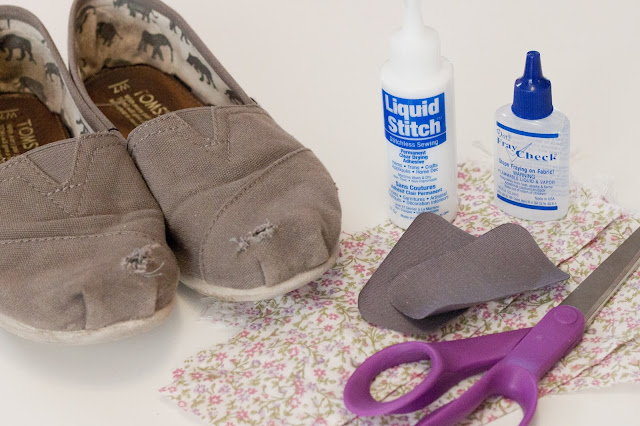 Before doing anything with the actual shoes, I hemmed one edge of my fabric pieces. That edge is the part I laid over the seem across the shoe.

I started by putting an iron-on twill patch on each shoe (a denim patch would also work well). This should help to reinforce the fabric and prevent a new hole from forming too quickly. 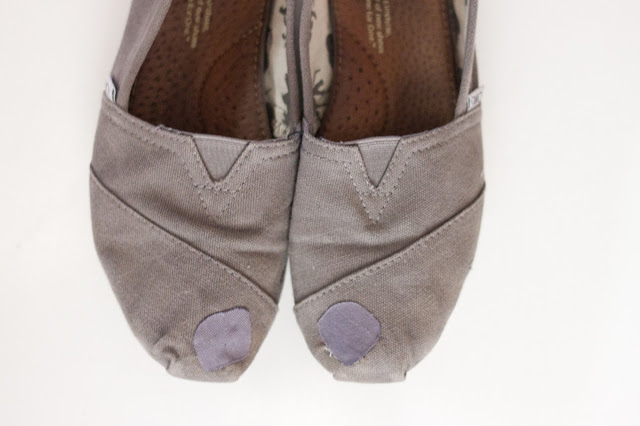 Next I covered the shoe in fabric glue (rhyme not intended)... 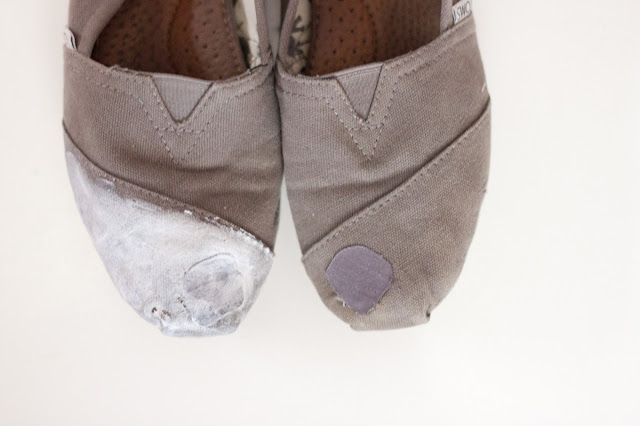 ...and I stuck my fabric to the shoe, being careful to fold under around the curve of the toe. 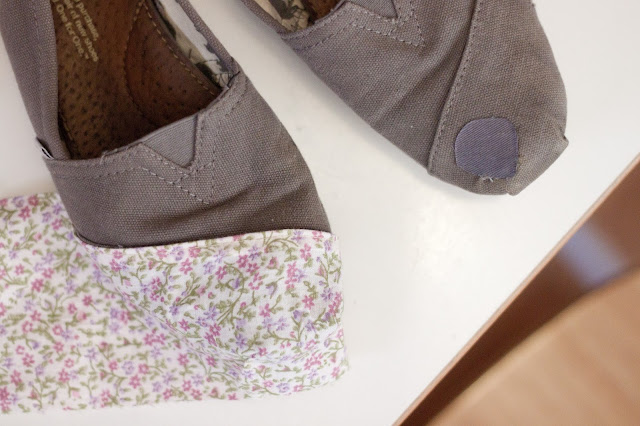 Once the glue had dried a little, I trimmed off the excess fabric and went around gluing the edges in place. Then I ran the Fray Check over the edge to avoid fraying. 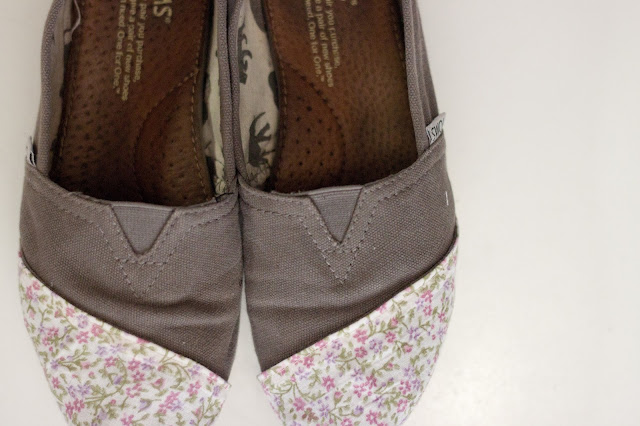 I love how cute and refreshed they turned out! 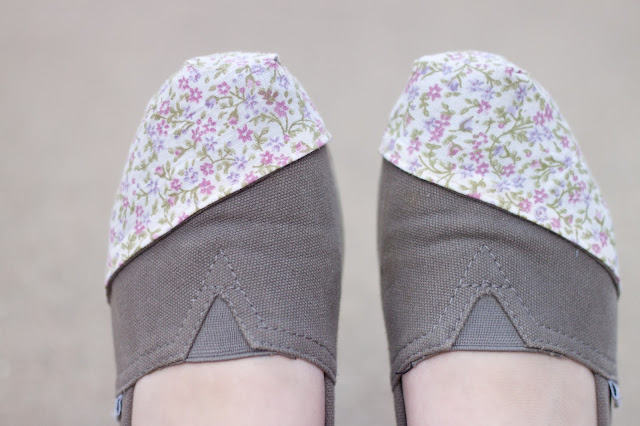 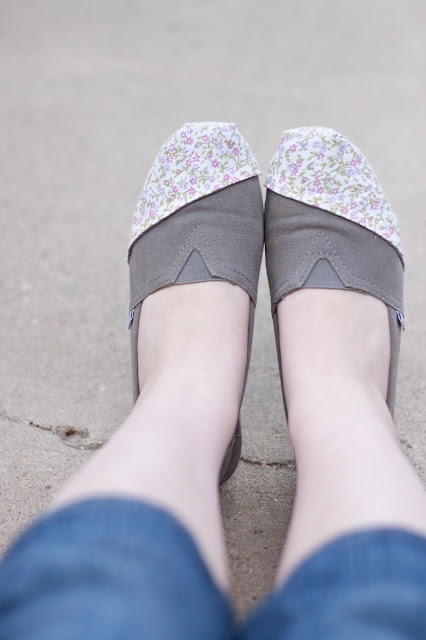